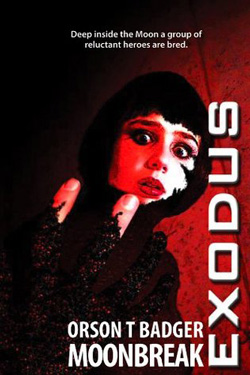 The League of Enlightened Nations is rocked with internal conflict. Riddled with corruption, espionage, and internal squabbles, the League is fast approaching its demise. Greedy factions within the League seek to overthrow the status-quo. In this state of constant upheaval a plague of assassins sweeps the world.

Ying-Tai, a biowired super assassin, has just put the final stake in the heart of the decaying League when she is caught and sent to hell off Earth. Few places can compare with the misery and hopelessness of those who slave for the Enlightened League of Nations in the Moon’s mines. Sentenced to The Hole, Ying-Tai meets an unlikely group of misfit prisoners and the mine’s oldest inhabitant.

James Morstyn, forced into accepting a life prolonging procedure, has slaved within the depths of the cold dark Moon Mine #9 since his failure to prevent the Freemen from escaping. He will live out the centuries in this miserable hell slaving for the greater glory of the League.

But the new prisoner has other plans.

« The Princess Problem by Diane Darcy
Birth by Lehua Parker »