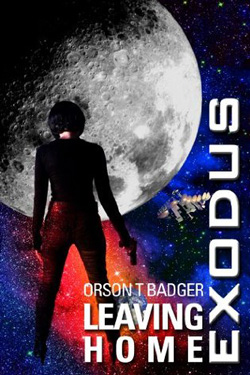 In the year 2032: tyranny threatens to flood the Earth. Only a group of resistance fighters, called Freemen, can save humanity.

Psychopath, James Morstyn, newly appointed head of the Enlightened League of Nation’s, Compliance Army, has discovered mysterious documents. With the assistance of Miah, his biowired juggernaut spy, he sets out determined to find their origin while annihilating the last vestiges of resistance to the new global rule and destroying mankind’s last hope for freedom.

Outlaws to the Enlightened League of Nations (ELN), David and Cindy Corb must escape the League’s murderous compliance patrols on Earth and find a way to join the Freemen or die trying. The Freemen prepare a last desperate refuge for a people being systematically enslaved or killed by the blossoming evil of the ELN.

Thousands flock to their ranks hoping to avoid certain misery and death. But the Freemen are running out of time as Morstyn prepares to destroy them all in a last battle for freedom.