Nurse Hester Monk and her husband, William, commander of the Thames River Police, do desperate battle with two obsessed scientists who in the name of healing have turned to homicide.

The monomaniacal Rand brothers—Magnus, a cunning doctor, and Hamilton, a genius chemist—are ruthless in their pursuit of a cure for what was then known as the fatal “white-blood disease.” In London’s Royal Naval Hospital annex, Hester is tending one of the brothers’ dying patients—wealthy Bryson Radnor—when she stumbles upon three weak, terrified young children, and learns to her horror that they’ve been secretly purchased and imprisoned by the Rands for experimental purposes.

But the Rand brothers are too close to a miracle cure to allow their experiments to be exposed. Before Hester can reveal the truth, she too becomes a prisoner. As Monk and his faithful friends—distinguished lawyer Oliver Rathbone and reformed brothel keeper Squeaky Robinson among them—scour London’s grimy streets and the beautiful English countryside searching for her, Hester’s time, as well as the children’s, is quickly draining away. 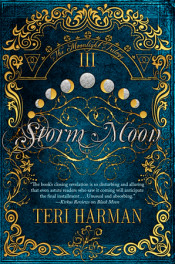 « The Ring of Remaliha by Melanie Mason
Michael Vey: Storm of Lightning by Richard Paul Evans »

One response to “Corridors of the Night by Anne Perry”