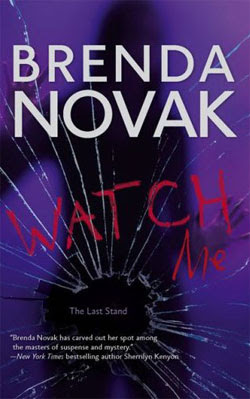 Sheridan Kohl was just a teenager parked at the lake in Whiterock, Tennessee with a boy named Jason when a stranger wearing a ski mask shot them both. Sheridan lived but Jason died–and the stranger was never caught. Twelve years later, by working at The Last Stand, Sheridan has learned a thing or two about investigating crime. She returns to Whiterock, intent on achieving answers at last.

But someone doesn’t want the truth to come out. Someone unexpected. Someone who is willing to resort to murder. Again.

One response to “Watch Me by Brenda Novak”