A.L. Sowards grew up in Moses Lake, Washington, then came to Utah to attend BYU and ended up staying. Now she’s a busy mom with young kids, but she does her best to squeeze writing time in between naptime, stroller rides, and homework sessions. She enjoys reading, writing, learning about history, and eating chocolate, sometimes all at once. Her novels include a Whitney Award winner and several Whitney finalists.

Headless in Nevermore by Violet Merriweather This is book #2. If you haven’t read book #1, Magicless in Nevermore, you may choose that as your prize instead.

Violet Merriweather grew up on a diet of fables, fiction, and fairy tales. Now that she’s older, she’s discovered a taste for murder, mystery, and magic.

Hold Me at Twilight by Lucinda Whitney When Knox Campbell goes to Portugal for a short business trip, he never planned on losing his documents. Now he’s stranded in Porto, his passport lost, and his credit cards canceled. Unable to return to the US and without a place to stay, Knox turns to the travel agent who suggested the local day attractions for assistance.

Jacinta Romano loves helping her clients set up their dream trips, although she doesn’t usually meet the ones visiting from abroad. But all that changes when a client shows up at the agency while her meddling family are still there. They latch on to him immediately, insisting Jacinta bring him home while he’s stranded. Thankfully, he’s only staying until his new passport arrives and after two weeks of playing hostess, she’ll be glad to send him on his way. Or will she? According to Binary Search’s matchmaking service, Meg and Zander’s odds of ever having a successful relationship are statistically improbable. Meg has run the numbers and knows the probability, but for some reason she can’t quit thinking about her coworker, Zander–the self-proclaimed eternal bachelor.

To make matters more interesting, Zander approaches her with an unusual proposition. He’s in need of a pretend girlfriend. Meg thinks this could be the answer to get him out of her system,and maybe knock the arrogant man down a few notches in the process. But what she doesn’t realize is there is more to this man, something he carefully hides behind his arrogant exterior. And when her feelings begin to be anything but pretend, she knows the odds of getting hurt are more than probable.

Will they let the odds over come them, or will they find that all the reasons they are wrong for each other are exactly what make them a perfect fit? Around the turn of the century, matches were made for all sorts of reasons—whether to keep a family together or simply to make ends meet.

But love has a way of turning up in the most unexpected places!

Heather Chapman grew up on a steady diet of chocolate, Anne of Green Gables, Audrey Hepburn, Jane Austen, and the other staples of female literature and moviedom. These stories inspired Heather to begin writing at an early age. In her spare time, Heather enjoys time spent with family, volleyball, piano, the outdoors, and almost anything creative. Visit Heather at hwww.heatherchapmanauthor.com.

Mandi Ellsworth is the author of Uneasy Fortunes and contributor to The Gruff Tales and Unexpected Love. Visit Mandi at storyrabbits.blogspot.com.

Paula Kremser began writing while living in England. She is an avid reader, but decided to write because sometimes stories just didn’t go the way she wanted. She obviously has control issues; just ask her four kids. She hopes to someday win an award for writing, in the meantime, she brags about once winning a bubble gum blowing competition. She continually practices that skill (along with writing) in her new hometown of Sandy, Utah. Visit Paula at www.paulakremser.com.

Ashtyn Newbold discovered a love of writing early in high school. Inspired by regency period romance, she wrote her first novel at the age of sixteen. Because she can’t vacation in her favorite historical time periods, she writes about them instead. When not crafting handsome historical heroes, she enjoys baking, sewing, music, and spoiling her dog. Visit Ashtyn at www.ashtynnewbold.com. 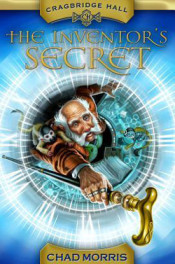