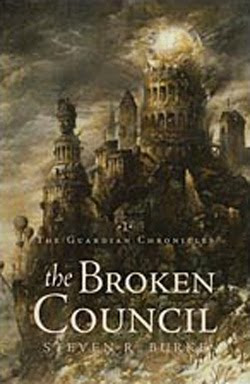 Kishi felt her body temperature rising even though the spring morning was quite cool. Her temper was always just under the surface these days, and she was growing weary of being told what to do and how to think. Today that would all change, and nothing would ever be the same. She would do what she wanted regardless of what her sister chose to do. Her father, the king, would not have the satisfaction of using her as leverage against Kira.

The lands of Tuwa are once again embroiled in conflict. Ancient councils are convened as old partnerships break apart, and new, tenuous alliances are forged. The threat of war is spreading throughout the land, and no one is sure what will become of the once peaceful land. The Guardians have been compelled to intervene as one of their own breaks sacred laws in search of forbidden powers. Lives will be lost, deception will abound, and life as the people know it will cease to exist. As events escalate, families will be forced to face off as circumstances spiral out of control. Former enemies will unite against common foes while the dark forces combine to fight for their right to rule. Heroes will be forged in the heat of battle on both sides. Prepare for battle…war will find you in the midst of The Broken Council.

« The Slab by Michael R. Collings
The Fallen Guardian (#2) by Steven R. Burke »