If you could re-create a day, what dark secrets would you uncover?

Anthony Davis and his partner Chaz are the only real people in a city of 20 million, sent there by court order to find out what happened in the real world 10 days ago so that hidden evidence can be brought to light and located in the real city today.

Within the re-created Snapshot of May 1st, Davis and Chaz are the ultimate authorities. Flashing their badges will get them past any obstruction and overrule any civil right of the dupes around them. But the crimes the detectives are sent to investigate seem like drudgery—until they stumble upon the grisly results of a mass killing that the precinct headquarters orders them not to investigate. That’s one order they have to refuse.

The hunt is on. And though the dupes in the replica city have no future once the Snapshot is turned off, that doesn’t mean that both Davis and Chaz will walk out of it alive tonight. 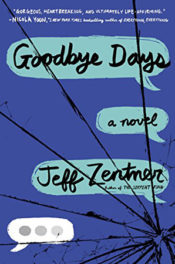