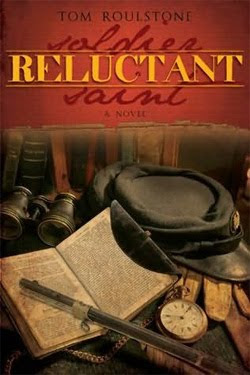 With dreams of striking it rich in the American gold rush, James McCorkle never expected to be robbed on his first day in America. But when some thugs steal literally everything he owns, this young Irishman desperately joins the United States Army, only to discover that his troop is headed to the Utah Territory to quell a suspected Mormon rebellion. Conflicted about fighting a people he has never met, James must march to Utah to fulfill his duty. But along the way, he discovers something even more valuable than gold.

Reluctant Soldier, Reluctant Saint is a surprising coming-of-age tale that reminds you that God’s love can be found anywhere, even in desperate situations.