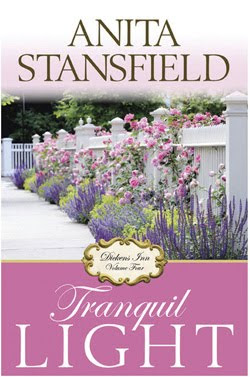 When a group of friends reunites at the Dickensian Inn bed-and-breakfast, little does Chas realize that the promises of a blessing are about to be fulfilled. As these women share their tender feelings and innermost secrets, the words of Charles Dickens take on greater significance for them— The pleasure of a generous friendship is the steadiest joy in the world.

But even as these heartwarming events unfold, a secret from Jackson’s past threatens to sabotage the happy life he and Chas have created together.

Jackson finally turned to look fully at his wife. . . . He tried to form the words to tell her about his relationship with Serena and all that he was feeling upon realizing that she was dead. . . . He’ d believed his past was put away. He’ d believed that his skirting the truth and omitting facts had been sufficient in his relationship with his wife. . . . Now it suddenly felt like he’ d sinned against her.

Will Jackson’s doubts and guilt jeopardize the plans he and Chas have made to be sealed as a family for all eternity? Is their love strong enough to overcome the painful shadows of the past?