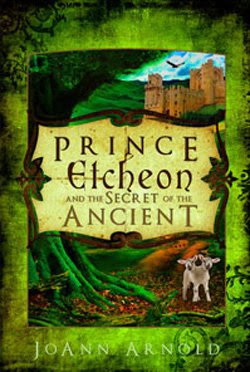 Title: Prince Etcheon and the Secret of the Ancient

The day Granna Fela died changed the life of young Etcheon in ways that he never expected.

First, Etcheon finds out that he is a prince, a son of a king and queen whom he has never met, and is destined to rule a land he has never lived in. Then, he discovers that his life is in constant danger from a greedy ruler and wicked wizard, both seeking power that does not belong to them. Last, he learns that his parents and people are doomed to die, and he is the only one with the power to save them. With the help of a mysterious girl, a tree with magical powers, and several amazing animals, Etcheon undertakes a journey that will stretch his abilities and his belief about who he is and who he needs to become.

Armed with extraordinary weapons, armor, and skills, Etcheon is prepared to face his fears and save his parents and his people. Join Prince Etcheon as he discovers the meaning of friendship and love, loyalty and bravery, and strength and determination on his adventure of self-discovery.

« Oasis by Bryce Beattie
A Distant Thunder by Anita Stansfield »