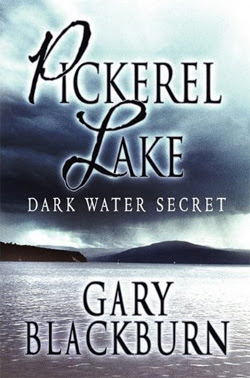 It was supposed to be another lackluster summer for Justin Sanders, until it got up close and personal with the mystery fish out there in Pickerel Lake. Then, a desperate phone call from cousin Randy, concerning death threats and secret fish photos, has Justin racing to his assistance, unable to stop the tragedy.

Pursuing evidence about his cousin’s death, Justin and best friend Eric make a startling discovery on a perilous excursion to the dark water lair of the mysterious fish. Encountering something so unexpected, it all could unlock deep secrets, solving his cousin’s murder, while placing them both in moral danger.

Disentangling a complex labyrinth of clues, Justin is forced to meet the possible killer, in the woods, to exchange cash for information on Randy’s murder, where Justin will struggle to survive one final life and death confrontation.