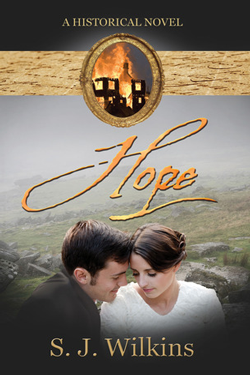 A hidden crime. An urgent letter. A desperate struggle for the sake of love.

Isaac Shaw is dead. For sixteen years, his family has struggled on in shame, believing he died a criminal responsible, in 1837, for burning down the local mill and causing the death of several villagers, including the wife of the mill owner. Since that fateful night, the family has survived due to the remarkable charity of Edward Reeve, the bereaved mill owner, who now employs Isaac Shaw’s sons, Will and Manny.

When Manny decided to run away, the decision takes him straight into the path of a traveling Mormon elder, a meeting that threatens the Shaw’s well-being.

Charged with the care of a letter challenging the village’s history, Manny must find a way to reveal the true identity of Hope, the young woman he loves. It is a quest destined to change him and his family forever.