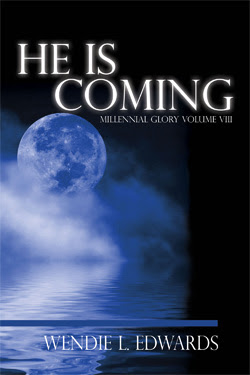 Series: Hidden Light; Wars of Light; Apocalypse the Unveiling; The Ascension; Hanging By a Thread; Justice of Affliction; United We Stand

An electromagnetic pulse rips through America, initiating a plague written of in the Book of Revelation. Death takes no prisoners, yet ironically, it liberates the captive Saints from persecution. Flying banners of freedom, a new American society emerges based on the original Constitution of the United States. A different, fiercely righteous people descend from the north and join with the Saints as they re-establish a republic. The lost tribes bring with them miracles, gifts, and deadly defenses to protect their tent cities from rogue land pirates that infest the nation. For the Rogers family, the tribes return is especially joyful as Braun and Carea finally come home! In Jerusalem, Elder Conrad Rogers and the two apostles he serves face hostile Jews. The apostles have caused many Jews to question the ancient holy traditions as they send sore plagues upon the nation. Secretly, a Judas is sent among the apostles and their missionary associate, Elder Rogers. It s his job to bring them to destruction. It s only a matter of time before someone dies…. Among the righteous in every corner of the world, there are whisperings among the faithful. They see the signs and know it is the midnight hour. He is coming!