There are things in the darkness—things much worse than the tracks and abandoned pieces of equipment that trip the children up and gash at their feet and legs—things that brush silently past them, touching their faces before disappearing again…

1977: In the sleepy town of Twin Falls, Colorado, what starts as a carefree school picnic ends in tragedy when six children disappear into an abandoned gold mine. Six enter the dark void and days later, only five emerge. After an arduous search, the hunt for the last child is called off and the mine entrance is blasted. Little Frankie is left behind, alone in the darkness.

2011: Police Chief Cal Hunt’s investigation into a recent string of bizarre murders in Twin Falls takes a chilling turn when he learns that each of the victims was a survivor of the Seven Stars Mine incident. Cal realizes that they share a dark secret the truth about what happened to Frankie.

To drag them deeper.

With time running out for the remaining survivors, Cal must face a killer that defies logical explanation. Because no matter how Cal analyzes the facts, there is only one conclusion: A supernatural force is reaching out from the depths to reclaim those who escaped more than thirty years before. And it will not rest until it takes them all… 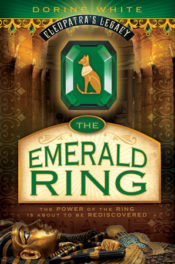