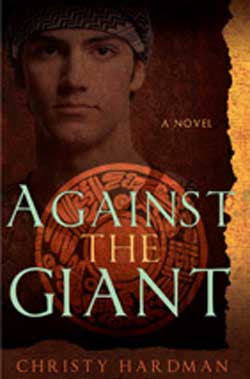 Title: Against the Giant

David is a young Israelite who trusts the Lord. But being the youngest can be hard. While David tends sheep, his older brothers are out battling the Philistines. They come back boasting of their strength and telling tales of their enemy. The Philistines are stronger, larger, and have better weapons. In contrast, the Israelites are fewer, smaller, and have weapons of only stone and stick. No one wants to fight the fearsome Philistines. To survive, Israel needs to rely on God and to listen to the prophet. But the Israelites won’t listen, which leads them to a big problem—a Philistine named Goliath.

Against the Giant delves deep into the classic biblical story and brings to light a brand-new perspective as it tells the story through young David’s own eyes. Feel the thrills and the terror, along with the growth and courage, as if you were there standing against the giant yourself.

« The Arthurian Omen by G.G. Vandagriff
The Littlest Nephite by Bevan Olsen »