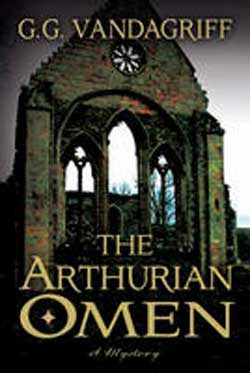 Is the story of King Arthur history or myth?

A Celtic scholar is brutally murdered when she finds a clue to a priceless fifth-century manuscript that could prove the identity of King Arthur. Determined to find the ancient relic and avenge her sister’s death, Maren Southcott begins a quest that immediately puts her own life in danger.

In the tradition of Mary Higgins Clark, The Arthurian Omen weaves a tale of mystery and suspense as pursuit of the manuscript winds through the medieval castles and monasteries of Wales. Stalked by a psychopath with delusions of a Welsh revolution, Maren is shaken to the core when a new crisis threatens to destroy the one person she loves most. Can she find the manuscript before the murderer strikes again? Or is the manuscript-and the legend-better left buried in the past?