Aspiring writer Alivia bombs her Regency novel pitch to hotshot acquisitions editor Will Wright and the result is mutual loathing. But when another publisher wants Alivia’s not-yet-written book in 8 weeks, Alivia panics. Luckily, online book doctor Dear Mr. Darcy is there to help.

Will Wright has big opinions and an even bigger ego. When he’s fired from the publishing house he once lorded over, he scrapes by using his Regency knowledge freelancing as Dear Mr. Darcy.

As they unwittingly work together on Alivia’s book, they begin bonding. Two unknowing enemies are about to become more than friends. For the Magic by Donna K. Weaver Ellen’s first London Season was a disappointment. She fears she’ll never meet a man who will see her for more than her fortune or ability to provide an heir.

Landscape architect Michael Addington thinks his grandfather is mental but never dreams the old man will try to set Twickenham Manor on fire. In Michael’s struggle to stop the act of arson, a young woman appears out of nowhere. Flames and fae magic engulf them both, the first burning them badly and the second transporting them back to 1851.

Ellen and Michael find they must rely on each other through the painful recovery. Day by day, their attraction grows. But Michael is riddled with guilt. If she discovers his dark secret, he could lose her forever… he’s the one who set her on fire.

Letters from the Homefront by E.B. Wheeler Evie Lewis finds little to look forward to in the Christmas of 1944. Her older brother, Albert, is missing in action in the Pacific Theater, and every day she sees the horrible effects of World War II while working at Bushnell General Military Hospital in Utah.

Then, strange things begin to happen at work. Someone is going through Evie’s files, and a hospital employee may be harboring a dangerous secret.

Evie and a group of amputee veterans must unravel the hospital’s mysteries before tragedy ruins the holidays for everyone at Bushnell Hospital. Sofia Ambrose enjoys her simple life as a veterinarian, far away from the opulence and dark secrets of her family’s historic Texas estate. When she and her five sisters are summoned to the Ambrose Estate for a reading of her grandmother’s will—a grandmother who, at 88 years old, is still alive and kicking—Sofia is both bewildered and intrigued. But the truth is more shocking than she could have imagined– her grandmother has turned Ambrose Estate over to her, and she must give up every hope of a regular life in order to run it and protect her family’s legacy.

When disaster strikes, Sofia must act quickly to save the family fortune. Unfortunately, this means working with the rude and insufferable Gavin Spencer. He thinks Sofia is just a spoiled, rich oil heiress. But once she gets to know him, Sofia discovers Gavin’s charm, intellect, and incredible bravery, and soon enough she is falling hard for the rugged firefighter.

Despite her feelings, Sofia knows their love is doomed. Ambrose Estate’s mansion, with its Hall of the Dead, contains so many secrets Sofia can’t even count them. An old family curse stands between her and happiness, and she must sacrifice Gavin’s love to save his life.

Desperately, Sofia searches for answers in her great-great-grandmother’s journal. Does it contain the key to breaking the curse? Or will her heart have to break into a thousand pieces? Robin and Marian by Stephanie Fowers Robin King lives up to the legendary name of Robin Hood more than he should—a bigshot billionaire and successor of King enterprises, a Prince of Mischief and a rogue who steals hearts… and maybe even a few kisses. He never thought he’d follow the storyline so closely, until the day he gets in trouble with the law and pays the price—all for protecting his younger sister Scarlett.

Marian is a hard-hitting reporter… or would be if the New England Chronicle would stop assigning her puff pieces. Now she has the chance to prove herself, but it could prove her undoing—since the story of a lifetime might just be Robin King, a ruthless scoundrel, who she swore would never break her heart again.

Together, they must overcome their differences to save their hometown from thieves and corruption. And they’d better do it before someone gets killed. As danger lurks closer, legend becomes life, and Robin’s feelings for Marian deepen as he struggles with sharing the secrets that could clear his name and ruin his sister. Stephanie Fowers oves bringing stories to life, and depending on her latest madcap ideas will do it through written word, song, and/ or film. She absolutely adores Bollywood and bonnet movies; i.e., BBC (which she supposes includes non-bonnet movies Sherlock and Dr. Who). Presently, she lives in Salt Lake where she’s living the life of the starving artist. 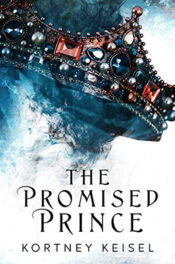 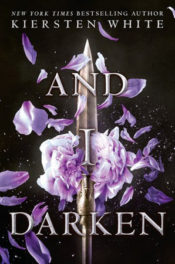 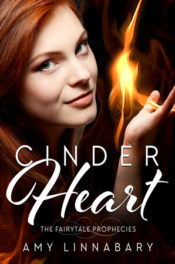 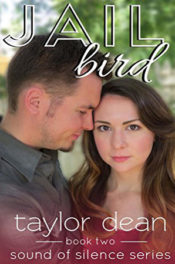 « #Lured by Jo Schneider
Fire and Steel: Into the Flames by Gerald N. Lund »