MAGIC AND MAYHEM, MYSTERY AND ROMANCE.

Truly Mason has lost her mother, her singing voice, her opera career, and her TV star fiancé all in one year. When she inherits a house on the coast of Maine, she hopes her luck is changing, but strange events lead to the suspicion that a murderer is on the loose, and that Truly could be the next target.

Guarded by a demon cat, she must use her wits and the strange magic in her broken voice to navigate a world of hunky neighbors with dark pasts, lawyers with supernatural sex appeal, bickering witches with an agenda, and bad luck curses that could destroy them all. Heather Hamilton grew up in a family where books of myth and legend were used to teach the ABCs and Irish uncles still believed in fairies. Raised with tall tales, she has always told stories too- first as an actor and singer, then as a photographer, and now as a writer.

She also writes as Heather Hamilton-Senter. She is the Amazon top 100 author of the YA Fantasy BOUND IN BLUE. Hailing from rural Ontario, Canada, she splits her time between writing, directing community theater, and raising her three children—all supported by her biggest fan, her husband Steve. A plea has been made in behalf of the children of Israel. Now comes the epic climax years in the making—the final showdown between two of the most powerful men in history—one fueled by pride, the other guided by the word of God.

Moses has received an extraordinary call from the Lord: he is to lead the exodus of the Hebrew people out of Egypt, ending generations of bondage. And he must return to the land of his birth to boldly petition a man he does not want to challenge… or lose to: Ramses—pharaoh of Egypt. Ramses, harboring years of feeling betrayed by his best friend, is determined to stop Moses no matter the cost. He will not yield, even as a dark veil of plagues and pestilence descends over the land of Egypt.

What follows is a powerful chronicle of the struggles of the children of Israel as they traverse uncharted territory, both physically and spiritually. Amid the horrific catastrophes devastating their land and through the dramatic events that follow, the Hebrews must face their fears and their faltering faith. For even in the darkest of times, there are manifestations of the Lord’s constant care to inspire their hope for a bright future.

This is book #3 in The Moses Chronicles. H.B. Moore iis a USA Today bestselling author of more than a dozen historical novels and thrillers, written under pen name H.B. Moore. She writes women’s fiction, romance and inspirational non-fiction under Heather B. Moore. This can all be confusing, so her kids just call her Mom.

Heather attended Cairo American College in Egypt, the Anglican School of Jerusalem in Israel, and earned a Bachelor of Science degree from Brigham Young University in Utah. Giselle Galloway, born to a Scotsman and a French noblewoman, is a natural fighter and fiercely defends her unconventional place in late seventeenth century society. Her father, a veteran member of the Royal Garde du Corps, is killed protecting King Louis XIV. Full of anger and betrayal, she desires revenge. Giselle vows to avenge him, and bring justice upon the traitor who stole him from her.

A woman of many talents, Giselle allies herself with the captain of the Garde and enters the world of espionage. To disguise her clandestine activities with the Garde, she also takes her father’s place as a representative of their family shipping company, all under the social mask of the daughter of a gentleman.

This world, and her reputation as a lady, however, rests on the broad shoulders of Lieutenant Colonel Malcolm MacFarlane, her clansman, her aunt’s brother, and heir to the Moonhaven Estate. Jilted from his poor treatment of her when they were children, can she trust him with their dangerous facades? Despite Malcolm’s promise to take care of her and see her oath to avenge her father fulfilled, her heart is at odds. She cannot entertain feelings she had long ago, not when she has given her hand to another. And yet…she cannot tear herself away from Malcolm and the thrill of adventure and prospect of hope he ignites within her.

Can she handle these liaisons with grace and prove she is a force to be reckoned with, or will her worlds—and families—collide? Kylie Fonoimoana Kylie Fonoimoana lives in Tucson, Arizona with her husband and two daughters. She received her bachelor’s degree in Creative Writing from the University of Arizona. An introvert at heart, she enjoys spending time with her family, writing, reading, as well as decorating and organizing the world around her.

One Small Chance by Lucinda Whitney One city of two million people and only three months to find her. What are his chances?

She lives in northern Utah with her husband and four children. When she’s not reading and writing, she can be found with a pair of knitting needles in winter, or tending her herb garden in the summer. She also works part-time as a substitute teacher.

The Princess and the Sorceress by Jaclyn Weist When Genevieve was sent to the future, she didn’t think she’d be able to fit in. A year later, she has great friends and the chance to go to college—something that wouldn’t have been possible in her own time.

Jenny is just getting the hang of being a princess and can’t wait for her wedding day. What she doesn’t expect is a visit from Maurelle, an evil fairy bent on destroying everything Jenny holds dear.

When Jenny and Genevieve are switched for a second time, they are thrown back into worlds they never thought they’d see again. If they’re unable to stop Maurelle in her quest for revenge, they will be forever cursed to remain in a time not their own.

This is book #2 in the Princess series. Jaclyn Weist is an Idaho farm girl who grew up loving to read. She developed a love for writing as a senior in high school, when her dad jokingly said she was the next Dr. Seuss.

She met her husband, Steve, at BYU, and they have six happy, crazy children who encourage her to keep writing. She currently has eight books released, with two more coming in the next couple of months. Between writing and chasing her kids, life is busy, but she wouldn’t have it any other way. Special Agent Omar Zagouri’s latest case is his most dangerous—and his most personal yet. The discovery of secret sixteenth-century letters unveils a plot between the sultan Suleyman and his chief wife, Roxelane, to change the course of the Ottoman Empire. A descendent of Roxelane, Zagouri learns he has an enemy whose revenge has been centuries in the making.

Targeted by an antiquities collector who’s also descended from a chief rival for the ancient throne, Zagouri soon uncovers a modern-day conspiracy that threatens the lives of his family and the security of a nation.

To expose the plot, Zagouri must team up with Naim, the son of his nemesis, who heads an international black-market operation that may have ties to the killings. From ancient Constantinople to the present-day Middle East, Zagouri is on a collision course with history. Time is running out to solve a royal mystery and stop a ruthless killer—one who has Zagouri’s name on his hit list.

This is book #3 in the Omar Zagouri series.

H.B. Moore iis a USA Today bestselling author of more than a dozen historical novels and thrillers, written under pen name H.B. Moore. She writes women’s fiction, romance and inspirational non-fiction under Heather B. Moore. This can all be confusing, so her kids just call her Mom.

Heather attended Cairo American College in Egypt, the Anglican School of Jerusalem in Israel, and earned a Bachelor of Science degree from Brigham Young University in Utah. 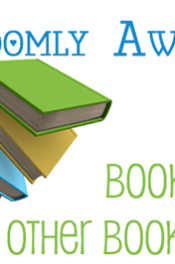 « The Scourge by Jennifer A. Nielsen
Love on the Rocks by Youngblood & Pool »