It’s winter 1864. While Eastern Theater soldiers languish in camp boredom; conspiracy, treachery and mystery envelop Confederate widow Betsy Henderson. Is there something sinister in a visit from the town sheriff? Did she tell him too much? Can she be true to all she’s sworn?

In the meantime, William, a runaway slave, still craving his chance to fight for the Union, flees Virginia. Stumbling into the murky waters of Kentucky servitude and near death, he has nothing to offer but a worn body, exhausted spirit and troubled mind. Dare he imagine freedom, soldiering and even love? Or is he broken and fully spent?

In 1864, white and black, soldier and civilian, guilty and innocent are trapped in the tumultuous conflict, and nothing is as it seems. Welcome to the river that divides them. Michael J. Roueche grew up in Virginia and has an indelible affection for the Old Dominion. Ever a romantic, only in recent years did he discover the Civil War that had always surrounded him, thanks to Bruce Catton books and a good friend who gave him a copy of Michael Schaara’s Killer Angels. He is inspired by the examples of those who maintain their integrity as they persevere and overcome obstacles.

With a deepening background in Civil War history and prompted by an unexpected and unusual experience at Manassas National Battlefield Park, the “Beyond the Wood” series was born.

He and his wife of 36 years now live in Colorado, where they enjoy hiking and exploring the High Plains and Rocky Mountains, with their alpine vistas, aspen groves and evergreen forests, and amazing wildlife. They have five children and several grandchildren. Learn more about Michael at www.michaeljroueche.com.

Seventeen-year-old Billy thinks his father’s murder will never be solved until he stumbles across an old ammo box while digging a grave in his small-town Tennessee cemetery.

What he finds leads him to question everything he knows, and his search for answers will uncover more than he bargained for: lies, secrets, and conspiracies and behind them all, a dangerous truth. Cindy M. Hogan graduated with a secondary education teaching degree and enjoys spending time with unpredictable teenagers. More than anything she loves the time she has with her own teenage daughters and wishes she could freeze them at this fun age.

If she’s not reading or writing, you’ll find her snuggled up with the love of her life watching a great movie or planning their next party. She loves to bake, garden, and hang out and play outdoors. Cindy is the author of the Watched trilogy. You can find out more about her and her books at cindymhogan.blogspot.com.

All Lilly Price has ever known is living in the shadow of her widely successful foster family. But when a twist of fate deals Lilly the hand of Harrison Crawford, the most popular guy in Bloomfield, NM, everything flips upside down.

Sean Benally is a hard worker, he’s funny, he’s generous, and he’s kind.  He’s also the most amazing guy Lilly has ever known. And she’s totally fallen in love with him. But he’s her foster brother…

Now she must choose between the unavailable love of her life—or the guy who promises to be available forever. Jenni James: I’m a mom of seven rambunctious children (including teenagers!). We currently live in New Mexico and a few years ago we moved back to the States after living 9 awesome years in the Azores Islands of Portugal and England!  My kids love the USA!

When I’m not writing up a storm, I enjoy reading, acting, portrait painting, directing plays, cooking, planning eleborate parties and chasing my kids around the house. I also find time to practice my awesome ninja skills and expert pirating techniques—I secretly dream of becoming a master at both.

Mansfield Ranch is Jenni’s 15th published book. You can visit her at www.authorjennijames.com.

Mine to Tarnish by Janeal Falor Katherine’s place is the same as any woman’s—on the shelf next to the dresses and bolts of cloth. When she’s sold to a warlock, life grows even bleaker. Her new owner is as old and rancid as he is cruel, driving her to do the unthinkable: run.

Nothing prepared her for being on her own. And she’s definitely unprepared for the warlocks hunting her down. But she must stay one step ahead because if caught, the best she can hope for is death.

Note: Mine to Tarnish is a “prequel novella” to You Are Mine; but at 128 pages, it’s almost a full-sized novel. Janeal Falor lives in Utah where she’s finally managed to live in the same house for more than five years without moving. In her spare time she reads books like they’re nuts covered in caramel and chocolate, cooks whatever strikes her fancy, and enjoys the outdoors. Her husband and three children try to keep up with her overactive imagination. Usually they settle for having dinner on the table, even if she’s still going on about the voices in her head. Visit her at www.janealfalor.com. They say to keep your friends close and your enemies closer . . .

Hostage Negotiation Team member Bart Gutierrez is shocked to find Lucy Aguayo, a girl he knew as a teenager, working for the deadly Castillo drug cartel. This revelation uncovers a secret in Bart’s family so big it forces him to accept a dangerous offer: infiltrate the cartel to keep his family safe. Once inside the cartel’s headquarters he discovers that a large-scale attack on America is imminent and the only way to prevent it is to bring Lucy in on his plans—and hope she doesn’t betray him.

Lucy Aguayo has become a key player in the Castillo cartel, but not for money or power—she’s on a mission of vengeance for her father’s murder. Just when she gets a chance to bring down the cartel leader responsible, Bart Gutierrez appears, stirring up buried feelings and disrupting all her plans. But as the enemy closes in from all sides, Lucy must choose between being free from her past or finding justice for it. Can she give up everything she’s ever worked for and reach for something more? Julie Coulter Bellon is married with eight children and ten published books. She loves to travel and her favorite cities are probably Athens, Paris, Ottawa, and London. She would love to visit Hawaii, Australia, Ireland, and Scotland someday. She’s learning to play the bagpipes and she’s not very good yet, (she thinks she sounds like a sick moose) but she’s working on it. She loves to read, write, teach, watch Castle and Hawaii Five-O, and eat Canadian chocolate. Not necessarily in that order. Prize Format: eBook
They loved each other desperately.

Never in all the kingdom has there been a more brave and protective champion. Nor such a loyal and capable maiden.

He rescued her the first time when she was three years old in a killing storm. Years later, he was still occasionally rescuing her. ‘Twas in him to be a hero, and she had a pure intrepid way of getting into the kinds of scrapes that took rescuing. With such a brawny, masculine guardian around, ‘twould have been a fair pity to waste the gallantry anyway.

Their childhood friendship between two young peasants had grown into a devotion few are ever blessed to experience. It was strong enough to withstand all their dark age held—danger, feudalism, disease, and unfair oppression.

Or was it strong enough? They truly loved each other desperately.

They loved their kingdom more.

She and her fine husband, their family, and their sometimes very large pets, now live in a mountain valley in northern Utah, where it smells like heaven and kids still move sprinkler pipe. Jaclyn is the author of seven novels. You can read more about them at www.jaclynmhawkes.com. 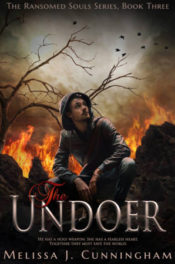