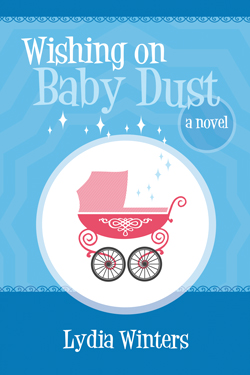 Enter to win one of these awesome books!
Scroll down to the Rafflecopter form at the bottom of this post to find out how. The evidence has been well hidden—the Thayers were confident that it was safe from the clutches of the ruthless Murphy Gang. But is has all been in vain. The lawless group is closing in on the family homestead, and seven-year-old Penny is given only one instruction: Run.

After two long years eagerly anticipating her fiance’s return, twenty-year-old Julia Barrett is ready to make a fresh start with Adam Wolcott—even if it means putting her dream of traveling west with the Mormons on hold. But when Adam’s return is overshadowed by the unexpected arrival of a young orphan girl in desperate need of help, Julia is drawn into a dangerous mystery that will threaten all she holds dear. Ronda Hinrichsen, who also publishes under the name Kathleen Marks, writes Romantic Suspense, Mystery, Adventure, and Speculative novels and novellas, as well as the Heroes of the Highest Order chapter book series. Her numerous magazine and internet writing credits include fiction and nonfiction for both children and adults. She also enjoys teaching writing and speaking in various venues.

Annaliese VanLuyk discovers there’s more than a hidden doily dating to World War II in this old Dutch house. It also contains a family mystery and she’s the only one who can solve it. Unfortunately this isn’t how her time to the Netherlands is supposed to be spent. She’s here to be involved in the Plant Research Program at Wageningen University.

With so much of her attention and energy being divided between her new friend, Nigel and solving this mystery, her stay in Holland could come to an end along with her career she’s always wanted. Danette Hansen: I’m a mother of four beautiful children, who are growing up much too fast. I’m married to the best guy in the world! We live in Northern Utah nestled in the mountain side. I love to laugh, write, read, and go to the movies.

I believe there are magical moments in life—and if there isn’t for a time, then that’s when you wish for magic. Writing is magic. I get to discover the story just like a reader. As the magical elements fall into place in a story I’ve learned to recognize that’s really how life is; magical when you least expect it. Georgiana Knight—born in the nineteenth century, but now living in 2013—has certain standards when it comes to mysteries. So far, her current mystery has been a terrible disappointment. No ghosts, no dastardly villains, not even an actual murder weapon. Just a suspicious symbol and an old love letter written in her own handwriting. Oh, and there is a time portal in her cellar.

In 1813, Sebastian Carew has his own mystery to solve. As a teenager, he fell madly in love with his childhood friend, Georgiana. Ten years later, he returns from fighting abroad as an eligible man of fortune who must marry. And soon. However, Georgiana has utterly vanished. Can he divine the truth of her disappearance and convince her to marry him before time runs out? Nichole Van has always been a writer at heart. With an MA in English, she taught technical writing at Brigham Young University for ten years and has written more technical manuals than she can quickly count. She decided in late 2013 to start writing fiction and has loved exploring a new creative process. Nichole currently lives in Utah with her husband and three crazy children. Though continuing in her career as a photographer, Nichole is also now writing historical romance on the side.

Getting Her Groom (DiCarlo Brides #7) by Heather Tullis Angela dreams of New York City and the stages of Broadway, but first she has to finish her last year of college. When the student stages are damaged in a flood, she moves the show she has to direct to a local community center in the hopes of raising enough funds that they’ll be able to keep their doors open. But someone wants The Center to fail, and if that means Angela’s show, and her final grade, have to fail as well, they’re totally okay with that.

Alex has had an unhealthy interest (in his opinion) in Angela, who is twelve years younger than himself, since they met the previous summer. He finds himself roped into accompanying her musical and gets caught up in the mystery behind who is trying to shut down the community center. His attraction to Angela only grows as they spend more time together and her interest in him isn’t helping his resolve not to date her.

Whether they’ll be able to make it work after she moves to New York worries them both. But first they have to survive to put on Angela’s show and save The Center. Heather Tullis has been reading romance for as long as she can remember and has been publishing in the genre since 2009 and has written more than twenty books. When she’s not dreaming up new stories to write, or performing with the community theater, she, enjoys gardening, playing with her dogs and cat, cake decorating and working with her husband. Skye Alexander has a dog named Kitty, an adopted grandmother who thinks John Wayne is cute, a kind heart, and the sunniest attitude on the planet.

Even she spritzes him with florist water at their first meeting, Skye is the most refreshing thing that has ever happened to Dr. Gage Garrison. Confident, successful, and seriously disillusioned, when Gage meets Skye she is like a shot of pure, sweet oxygen to his spirit. So he pesters her until she agrees to go out with him.

But when he realizes that her dog is a guard dog, that Skye has a black belt in Tae Kwon Do, and is an expert with a handgun, he begins to wonder what scars she’s hiding being that beautiful, sweet smile. And what is she so afraid of?

She and her fine husband, their family, and their sometimes very large pets, now live in a mountain valley in northern Utah, where it smells like heaven and kids still move sprinkler pipe. Jaclyn is the author of 11 novels. You can read more about them at www.jaclynmhawkes.com. After six years of insanity-inducing hormone drugs and desperate prayers, all Megan has to show for her efforts are enough negative pregnancy tests to fill a bassinet.

Christina has just entered the world of infertility, made worse by the fact her husband isn’t ready to be a father. Their marriage, already hanging in the balance, is being torn apart.

Kyra is struggling with secondary infertility. A baby is priceless, but Kyra feels like she’s being forced to choose which commandment to keep: stay out of debt or multiply and replenish the earth.

When Megan and Christina are assigned as Kyra’s visiting teachers, they all realize that what you see isn’t necessarily what’s beneath the surface. Some secrets aren’t worth the cost of keeping them. Lydia Winters is a pen name for Lindzee Armstrong. She decided in first grade that she’d grow up to be three things—a mom, a teacher, and a writer. She’s lucky enough to have accomplished all three tasks. Lydia received her bachelor’s in history education from Utah Valley University. Soon after leaving her teaching career behind, she became a mother to adorable twin boys, who guarantee her life is never dull. Lydia is married to the most supportive man in the world. He regularly takes care of the twins and cooks dinner so she can escape with her laptop to chase her dream of being a writer. When she has time for hobbies, Lydia is a reality TV junkie, loves to cross-stitch, and sometimes even finds time to play the piano. She eats way too much chocolate and wishes she liked things like running or yoga.