Benotripia: Keys to the Dream World by McKenzie Wagner Since the leaders of Benotripia set out on a journey to track their Darvonian enemies, everyone else has been working tirelessly to protect their island—and none more so than Roseabelle, Jessicana, and Astro. But when these three friends find themselves under attack, they must set out on their own quest to Metamordia and Darvonia.

With the help of a mystical creature, an old trutan, and a long-lost leader, the trio discovers that in order to save Benotripia, they must find the passage to the Dream World—and destroy it. McKenzie Wagner began her personal career as an author at age 7, with “The Magic Meadow and the Golden Locket.” Benotripia: Keys to the Dream World is her fourth published novel. Her interests include theater and singing, in addition to her love of writing. Her goal is to receive a degree in English and become a teacher, in addition to continuing to produce engaging works of fiction.

The Captain’s Guard by Misty Moncur Misty Moncur wanted to be Indiana Jones when she grew up. Instead, she became an author and has her adventures at home. In her jammies. With her imagination. And pens that she keeps running dry. Misty writes clean romance for young adults. She is the author of Daughter of Helaman, Fight For You, In All Places, and other novels in the Stripling Warrior series.

The Dreamosphere by Laura Stoddard What if dreams don’t disappear when we wake up?

Haunted by her sister’s death, Gwenevere Stoker takes solace in her Dreamosphere—a web of dreams. But when someone begins destroying her dreams, Gwen must find the culprit—or risk losing all her happiness forever.

Bask in the mystery and imagination of dreams in this touching, funny, mind-bending children’s tale that encompasses themes of grief, friendship, family, healing, and grand adventure! Laura Stoddard was born in Idaho, and spent her formative years running amok in the great outdoors. She received her Bachelor’s Degree in English Literature from Arizona State University. Laura’s own vivid, completely insane dreams provided the inspiration for The Dreamosphere, her debut novel. Laura enjoys hiking, rowing, reading, racquetball, volunteering, and spending time with family. She currently lives in Phoenix, Ariz. Finding her wandering the streets of Boston in a daze, Sheriff Malcolm Snyder gives Elizabeth Shepherd a name, but no identity. He cruelly locks her in his cellar and keeps her captive for five gruesome years, until one evening, when she escapes with his truck, his money, and his five year old daughter, Sally. They flee to a place hidden within the woodlands of Maine—beautiful Sebec Lake, dump his truck in its deep waters, and then unexpectedly run into Sam Hancock, a young college professor with a cabin at the lake.

Sam recognizes the signs of abuse and gives them a safe place to hide, while he takes off on a perilous journey to Taunton, MA, to clear Elizabeth’s name from the nationwide smear campaign the sheriff initiates, and the reward money he cunningly hangs over her head. Sam must hurry before the corrupt sheriff uncovers the trail that leads to his cabin and to the young woman and little girl he is trying to protect. Theresa Sneed grew up in the woodlands of Maine, spending most of her time climbing trees and looking for snakes under rocks. She has a wealth of childhood experiences from which she creates her magical stories. As a mother of six, a grandmother of five, and an elementary school teacher, she enjoys weaving moments of wonder and reflection. She enjoys reading and writing fantasy, romance, and suspense. While Princess Aowyn’s six brothers are favored by their father, Aowyn is the jewel in her mother’s crown. When the Queen dies, Aowyn takes a vow to protect her brothers and father from the hungry eyes of the queen’s handmaiden, Ciatlllait – who is more than she seems.

In order to save her family, Aowyn risks a dangerous deal with the dark creature Sylas Mortas. But magic comes with a price: and Aowyn soon realizes the one she has paid is too steep.

Only true love can reverse the spell…but it will take one thousand moons. Ann Hunter wrote her first multi-award winning story at age 12. She is the author of the young adult fantasy novels The Subtle Beauty, Moonlight, The Rose In The Briar, and Ashes. The Subtle Beauty is her first novel-length story to be published. She likes cherry soda with chocolate ice cream, is a mom first and a writer second, has a secret identity, and thinks the Twilight movies are cheesier than cheez whiz (which is why they are her guilty pleasure!)

She lives in a cozy Utah home with her two awesome kids and epic husband. Paladin Smith is just that—a paladin, a chivalrous knight, a heroic champion, a defender of a noble cause. In spite of his callous exterior, he’ll never abandon a woman he perceives to be in distress— especially this one. Trust me. Our Mr. Smith fully intends to rescue Victoria Grant.”

Paladin Smith seems to be an ordinary high school history teacher—and LDS seminary instructor. But Paladin’s checkered past comes back to haunt him when an unexpected visitor shows up in his classroom with news about a former student, Victoria Grant, who’s all grown up—and in trouble.

Now Paladin is going to Crimea, in former Soviet Russia, with an uncomplicated task: find Victoria Grant and bring her home. But when his simple mission thrusts him headlong into an international conspiracy and a countdown to invasion, Paladin finds himself on a collision course with the American embassy, the royalty of Crimea, and the powers of Eastern Europe. Stephen J Stirling has 15 years of experience as 15 years as a freelance copywriter, scriptwriter, and video producer. His ghostwriting credits include Richard Simmons’ Deal-A-Meal, and Where There’s a Will There’s an ‘A’. Other creative works include The Ultimate Catalogue and the comedy album, Latter-day Night Live.  He and his wife, the former Diane Leigh, were married in 1981. They have five adult children, two horses, several chickens, and a farm at Adam-ondi-Ahman, Missouri—where they plan to retire someday. 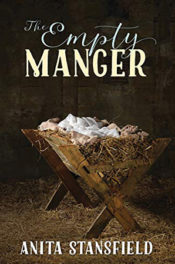