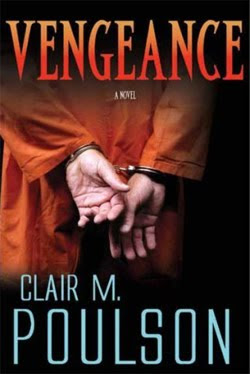 A decade ago, eight-year-old Aubree Lansing peeked from her hiding place in the closet and saw the unthinkable: a dead body on her bedroom floor and a man standing close by with a gun in his bloodstained hands. A man she called daddy.

Aubree’s courageous testimony during the murder trial led to a hefty prison sentence for Stone Lansing — and placed a heavy weight on his daughter’s heart. When Aubree’s mother married Reginald Kern, one of Stone’s former defense attorneys, and the new family welcomed the birth of twins, it seemed that Aubree had left her tragic past behind. But at age eighteen, her nightmare suddenly resumes: Stone Lansing is out of prison, and he’s looking for the daughter whose words sent him there. In the wake of a death threat, Aubree flees with her twin half-siblings aboard the cruise ship Stargazer and finds protection in the care of its young sea captain. But there’s more than one menace closing in on Aubree, as the cold tide of vengeance threatens to drag her under.