Barely thirteen, Jeremy James Johansen has had more than his share of trouble. His father disappeared without a trace and the police believe he murdered his lab assistant, though his son knows it isn’t true. His dad can’t even handle a knife, let alone a bow and arrow.

A year later Jeremy stumbles across a portal to another world and gets pulled through—but not as himself. Somehow he swaps bodies with the man on the other side before the portal disappears.

Captured by a dragon and a man in black who insists on calling him father, he tries to escape, only to plummet to his death. He awakens in his own bed, believing it was all a bad dream. The problem is there are holes in his memory he can’t fill.

In time, he discovers that the portal holds the answers not only to his forgotten memories, but most importantly, points him down the path to finding his father.

Title: Two Souls Are Better Than One (The Misadventures of a Teenage Wizard, book 1) 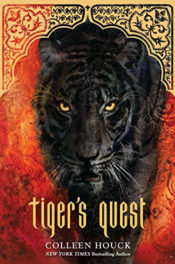 « Immortal Mine by Cindy C. Bennett
Galdoni by Cheree Alsop »