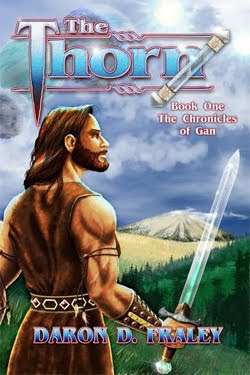 Three tribes are at war on the planet Gan, unaware that the sign of Christ’s birth on an unknown world – Earth – is about to appear in the heavens.

During a bloody skirmish with Gideonite troops, Jonathan of Daniel spares Pekah, a young enemy soldier, gaining his trust forever. These two distant brothers from estranged tribes covenant with each other to end the war being waged by a self-proclaimed emperor, and soon discover the intentions of a far more dangerous foe named Rezon – a sinister general bent on ruling those he can bring into subjection and destroying all others.

In the end, Pekah’s selfless bravery is the means by which all the tribes are united. But there are dissenters, and Rezon escapes a well-deserved fate. When the promised heavenly signs appear, will there be peace at last, or will the malefactors once again threaten the safety of them all? 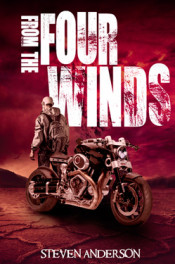 « Summer in Paris by Michele Ashman Bell
The Mark by M.R. Bunderson »

One response to “The Thorn by Daron D. Fraley”