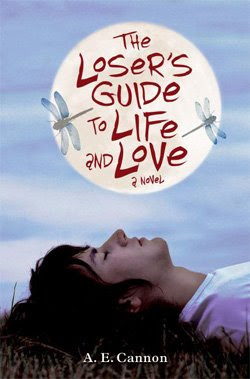 Title: The Loser’s Guide to Life and Love

Ordinary, boring Ed works a loser summer job at Reel Life Movies, where he doesn’t even have his own name tag. He’s stuck with “Sergio.” Ed’s only consolations are his two best friends. Shelving DVDs isn’t so mind-numbingly dull with Scout cracking jokes, and after hours Ed hangs out with the superbrain, Quark. Life starts to look up when the girl of his dreams saunters into Reel Life. Ed knows he doesn’t stand a chance . . . but maybe, just maybe Sergio does. All he has to do is pretend to be a smoldering Brazilian stud for the rest of his life. Simple, right? But . . . Ed’s new dream girl has her own secrets, Scout wants to be more than Ed’s best friend, and his buddy Quark wants Scout for himself.

Star-crossed crushes make for hilarious misunderstandings as Ed guides his life toward disaster in this fresh, contemporary twist on Shakespeare’s Midsummer Night’s Dream.

« Pretty Like Us by Carol Lynch Williams
Where Hearts Prosper by Suzanne V. Reese »