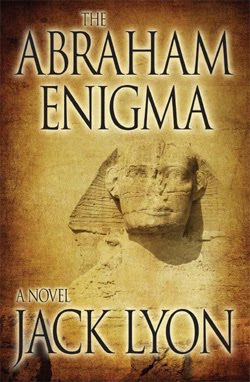 Egypt was hot as a furnace, as a refiner’s fire; even the Nile breezes as they crept through Cairo made little difference. But the men were meeting anyway, in a private room in the back of a coffee house near Orabi Square.

One of the men smoothed back his thick, white hair, then looked around the circle before turning to a large man, dressed in black. “All is ready in America?”

“Yes. The attacks will be sudden—and devastating.” The big man paused. “But the FBI is investigating the embassy, so we must move slowly and carefully.”

“You are a cautious man—maybe too cautious. Some might even wonder whose side you are on.” The white haired man narrowed his eyes. He looked up as a newcomer joined the group, settling his skinny frame into a chair by the door.

“Soon it will not matter,” the man shrugged. “The embassy will be destroyed. Then the attacks in America will drive the point home, on their own soil. Perhaps then the Americans will keep to their own business.”

When FBI agent and cryptologist David Hunter is temporarily assigned to decipher coded terrorist communications in Egypt, he imagines an extended honeymoon with his new wife, April, exploring the ancient land and pyramids. He could not have been more wrong.

The symbols used in the code are nearly impossible to interpret, while other evidence points to a possible traitor inside the embassy. As David realizes that time is running out, he turns to an unlikely source for help—an authentic Egyptian document containing the pharaohs’ priestly writing code, hieroglyphics that bear a striking similarity to characters in the fascimiles in the book of Abraham.

« When Angels Wept by Eric G. Swedin
The Limit by Kristen Landon »