Deep beneath the shifting sands and scorching sun of Lower Egypt lies the resting place of an ancient seer whose tomb has remained hidden more than four hundred years. It has been foretold that the bones of Joseph will lead Israel out of Egypt now, as the time draws near for the prophecy to be fulfilled, the prophet Moses, Joshua and Caleb have had enough the burden placed on their people by Pharaoh is unbearable.

After a foiled attempt at rebellion, they are offered an unexpected opportunity to truly make a difference when fate brings them to the home of Moses. There, they learn that they have been chosen by God to be instrumental in freeing Israel.

Their task: find the body of Joseph.

Joshua and Caleb accept the call, and their adventure begins as they follow a trail of clues that leads them through the shadowy stillness of Egyptian temples and across the barren desert. Threatened on every side by deadly plagues and the ever present soldiers of Pharaoh, the young Hebrews are plunged into a perilous quest that has the potential to save a nation if they survive Conspiracy and cryptic secrets, ancient prophecy, and action-packed adventure come together in this heart stopping novel. 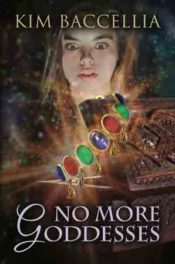 3 responses to “Swords of Joseph by M. R. Durbin”