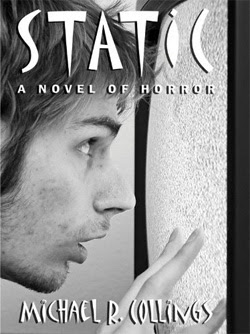 When Payne Gunnison inherits his great-aunt’s house, he discovers that the entire structure has been wired for video and sound—both to record and to play—and that “The Greer” (as the locals called the elderly recluse) had accumulated a superb library of tapes and DVDs, including some filled with scenes of extreme sex and violence.

Payne quickly befriends his next-door neighbor and tenant, Nick, who becomes concerned when his new buddy becomes obsessed with the video technology. Something strange inhabits this old house—something bizarre and totally evil.

*Author’s Note: Due to its genre and theme—theft and replacement of one person’s identity by another—the book contains materials that may offend LDS readers, specifically, language, sexuality, and violence. However it neither promotes nor celebrates those elements; they are included as part of the horror and to help define reprehensible behavior and/or characters.