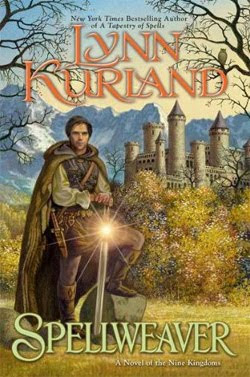 Sarah of Doìre is finished with mages, magic, and the mayhem caused by both. Her quest to find her brother and stop his terrible spells has failed, her future lies in ruins, and her trust in Ruith shattered. What she wants is peace, safety, and a quiet place to weave. And all that stands between her and that dream is a collection of black mages suddenly hunting her, her own sense of do-gooding, and a past she knows nothing about . . . yet.

Ruitneadh of Ceangail has managed to ignore the magic in his veins for a score of years, hiding in the mountains until aiding Sarah with her ill-fated quest forced him into places where his past was impossible to deny. Now, faced with an ever-increasing number of former enemies knowing he’s alive and wanting his power, his choice is to accept his birthright and gather all his father’s spells together so he can destroy them, or turn away and allow the Nine Kingdoms to be overcome by his father’s evil.

Sarah reluctantly agrees to help Ruith, though she’s fairly sure she’ll do so at the peril of her life . . . and her heart.