The place: Germany during the final days of the Nazi regime of Adolf Hitler.

When Major John Carter and Sergeant Carson Napier discover a barracks at the Dachau concentration camp full of young, beautiful women being prepared as pagan sacrifices to the Norse god Odin, they embark upon a quest to defeat the German “priest” who’s determined to reverse the course of the war—even at this late date.

The key is finding Valhalla, the near-mythical green valley in the Arctic where Yggdrasil, the world tree, emerges from the hollow Earth; its fruit, when consumed, is said to grant the eater his greatest wish. With the help of an Irish women, Aoife, an enigmatic “occult science officer,” and several others, Carter pursues the Nazi SS officer to the frozen North, where the final battle must take place.

Can the forces of evil be overcome? A rousing science fiction novel in the old style! 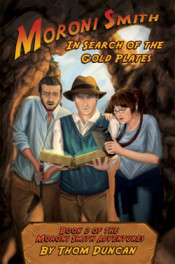