Suvi Goldstein has found love with James Hinton, but is tormented by doubt and fear when her knight in shining armor becomes the target of evil men. Can she find a power strong enough to vanquish the hold of her Secret Keepers, or will the dark past forever hold her hostage?

James Hinton believes he has won the heart of the woman he loves. When Suvi leaves him to go to Israel though and he learns of dark secrets, his love is tested and leads him to doubt all he once cherished.

Austan Sandoval stands guard against the Dragon’s men, but nurses hope that someday he’ll be able to reveal his true identity. When a chance arises to team up with a pair of talented Mossad agents, he feels he may finally be in a position to do what he has wanted to for four long years—reunite with Suvi and rekindle their love.

In this compelling sequel to Eyes of Light, the past, with its powerful secrets, collides with the present, threatening to destroy all Suvi, James and Austan hold dear. The fight for light continues – from Idaho to Israel, and with madmen, ruthless 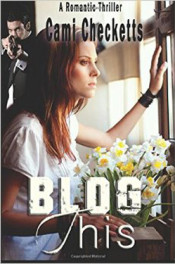