Jim is Satan’s son, who keeps a vow of silence and wants to be left alone.

Eddie sold his soul but was cheated, and became the world’s greatest tambourine player for his trouble.

Adrian is a powerful wizard… when the narcolepsy doesn’t knock him out.

Twitch is an outcast, shape-shifting fairy.

Mike is a drunk, haunted by the ghost of the brother he accidentally killed.

Follow the dogged band of damned rock and rollers as they struggle to save themselves. Can they get the fragment of Azazel’s hoof, their bargaining chip? Once they get it, can they keep it? And who else might have designs on the hoof… or on the members of the band?

Hellhound on My Trail: Guilt-ridden boozer Mike Archuleta stands in on bass for just a single gig. One more show is all he wants, before he shoots himself out of despair and loneliness. Hell has other plans, though: before he can even get off the state, the bar is on fire and Mike is running and gunning for his life, with a Hellhound…and worse…on his heels.

Snake Handlin’ Man: Eddie Marlowe, make-do guitarist, ex-Marine, and the world’s best tambourine player, ever. When an attack of flying snakes in a roadside diner leaves the organist fighting for his life, Eddie leads the band into the lair of a snake-worshiping cult in a desperate attempt to collect the sovereign remedy for snakebite: the milk of a lamia.

Crow Jane: Born Qayna, in the eariers dimmest days of the human race. An ancient act of disobedience and a tattoo-inscribed curse leave her deathless and a wanderer. Now the Legate of Heaven, a sorcerer and mystery-shrouded man, offers her release, if she will only complete one minor—discreet—errand for Heaven. Is Qayna finally about to be freed, or is Heaven setting some sort of trap? 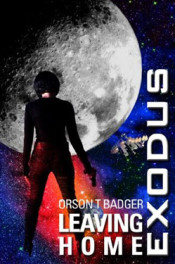