Hattie is barely twelve when her pa’s “business adventures” disrupt her family and move them to the new town of Tropic, nestled in the shadows of old Ebenezer Bryce’s Canyon. Her pa views the town as opportunity. Hattie is hopelessly shy and views it with apprehension; she dreads the task of making new friends. More than anything else, Hattie wants to be like her father—not afraid of meeting new people, talking to strangers, and standing up for herself. So it is with trepidation that she accepts her pa’s challenge and promises to make new friends.

Hattie forms more promises as she struggles to make friends, finding companionship in places she wouldn’t have expected and learning that there is a difference between complaining and standing up for oneself.

Promises is a heartwarming story of friendship with a touch of mystery and adventure set in the days before Bryce Canyon became a national park. Drawn from the memoirs of Hattie Adair Jolley and her children, it is a realistic glimpse into the past and a delightful story for readers ages eight to eighty. 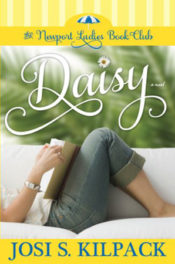 « A Cold Creek Reunion by RaeAnne Thayne
A Short Stay in Hell by Steven L. Peck »