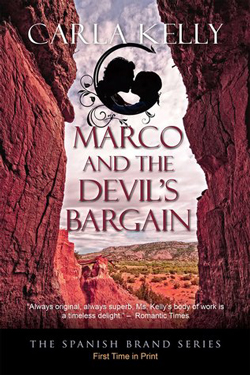 The year is 1782. Marco Mondragón, brand inspector in Spanish New Mexico, and his wife Paloma Vega have settled happily into married life on the Double Cross. And yet Paloma is convinced their joy will not be complete until she has a child. She longs to give her husband a baby to soothe his grief over the death from cholera of his first wife and twin sons.

Marco’s land grant stands at the edge of the most dangerous region in the Southwest: Comanchería. Both Paloma and Marco have suffered at the hands of the fierce Comanche, losing beloved family members in raids.

Despite their fear and mistrust of the Comanche, one lives among them. Paloma rescued Toshua from slavery and near death. As much as she respects the man now, Paloma wishes he would return to the Staked Plains, Comanche stronghold to the east in Texas. No one knows why Toshua remains at the Double Cross. Is it because his own tribe shunned him, or is he genuinely attached to its owners?

Now a new enemy threatens the Mondragóns domestic bliss: the Dark Wind—la viruela, smallpox—barreling down on the defenseless royal colony from Comanchería. A mysterious and arrogant English physician named Anthony Gill offers their one hope at salvation… but only if Marco agrees to his Devil’s Bargain.