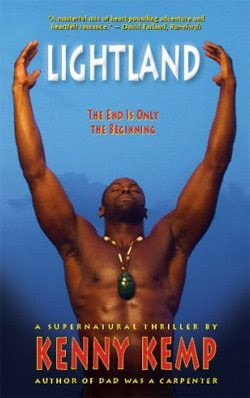 THE END IS ONLY THE BEGINNING

A deadly virus rages across ancient Africa and young tribesman K’tanu is the only one who is immune. Yet without counting the cost, he gives his life to save his loved ones.

After lying dormant for six thousand years, the virus, now known as Cobalt, reawakens and again begins its destructive march across the planet. When all seems lost, archeologists in Africa unearth a mummy whose perfectly-preserved heart is incredibly immune to the virus. In a final, desparate attempt to stop Cobalt, scientists illegally clone the mummy. At that moment, K’tanu’s soul is torn from his wife and children in the afterlife Lightland and thrust back into mortality.

At first K’tanu is just another medical marvel and the scientists who cloned him have no idea they have interfered with the journey of his soul. But he eventually remembers who he is and realizes that to be reunited with his family in Lightland, he must first return to Africa. He is joined on his perilous journey by Christopher Tempest, the brilliant but reckless archeologist who recovered the mummy, and Kate Seagram, the beautiful and tenacious researcher who is trying to unlock Cobalt’s deadly secrets. Together they will uncover two pasts… one future.