A big thank you to our Prize Sponsors! Please take a moment to learn more about this month’s wonderfully generous sponsors. An inspiring short story for anyone who loves their mother.

A tender reminder to look at life’s situations as treasured blessings.

An endearing story that you will want to read and share with your children, sisters, mother, grandmother, and friends.

Enjoy today before it slips away, because we never know how many more tomorrows we have. Stacy J. Coles has a B.S. degree in Communications, Public Relations with a minor in Technical Writing from Weber State University in 1998. She has worked as a Project Editor at the Newspaper Agency Corporation (now MediaOne). She now enjoys working as a freelance editor, writer, and graphic designer.

You can visit Stacy at her blog, www.saythiswrite.blogspot.com, or send her an email.

Griffiths is a world of magic once ruled by the Immortals: the great Spirit Dragons, the Air Phoenix, and the Dracme Wolves.

Seventeen years ago, one of their own cursed them into mortal, human forms. The betrayer led the unmagical Okoru people against them, overthrowing the majestic founders, along with the Mystic people who served them. With each kill, the Okoru began unraveling the magic that held Griffiths together.

Now, in a world where a Mystic’s flesh is worth more than six month’s wages and death-auctions are whispered about in every city, seventeen-year-old Mystic twins, Wyan and Lor, are determined to change it all! Pendragon Inman: I was born and raised in Phoenix, Arizona. I spent a few years in New South Wales, Australia on a religious mission, which didn’t help my obsession for exotic parrots. And now, half a million moves later, James and I live in Salt Lake City, Utah—which will probably not be the last of our moving adventures. Unfortunately.

For What It’s Worth by Karey White Twenty-four year-old, Abby Benson has dreams of owning her own wedding cake shop. An inheritance from her aunt gives her the ability to make those dreams come true. She hires Dane, a handsome contractor, to help her get the bakery up and running and soon they’re moving toward their own happy ending.

Unsure what to charge for her cakes, Abby has a crazy idea to let the customers decide what they think their cake is worth. This plan has its ups and downs, but the novelty of the idea makes her a local celebrity. When she is interviewed on television about the unusual idea, business booms and Abby has cake adventures she never dreamed possible. But as her fame grows, Abby is swept up in a whirlwind that threatens everything she values. With the challenges that face her, will she be able to determine what is worth the most? Karey White was born in Provo, Utah. As the oldest of eleven children, her life has been full of useful and often ridiculous experiences. She attended Ricks College and Brigham Young University.

She endures housework; enjoys traveling, reading, and baking treats; and loves spending time with family and friends. She lives in Cedar Hills, Utah, with her very funny husband, Travis, and their four clever children. She is currently working on her next book.

The Huaca by Marcia Mickelson Seventeen-year-old Ellie Cummings just wants to be a regular teenager, but after her mother’s mysterious murder, she isn’t sure if she’ll ever be normal again. Her mother’s death has left Ellie and her father worlds apart. And when her best friend abandons her, she has no one else to turn to—except for the strange boy he says he can help.

Gabe de la Cruz seems to know way too much about everything, and Ellie’s instincts tell her to stay far away. But when he claims that he can communicate with the dead through an ancient Incan artifact, Ellie can’t resist the temptation of seeing her mother again. In the Hanan Paeba—the Incan afterworld—Ellie’s mother sends a message to help Ellie understand what happened the night of the murder—a message that may be better kept a secret… Marcia Mickelson was born in Guatemala and moved to the U.S. when she was an infant. She and her family moved around a bit while in elementary school and lived in Louisiana, Texas, and New Jersey. She started writing her first novel during her senior year of high school. She graduated from Brigham Young University with a degree in American Studies. Marcia now lives in South Texas with her husband and three boys.

The Huaca is Marcia’s fourth book, all published by Cedar Fort. Abandoning the life he so desperately wanted Warren roams the sea ports of the Atlantic, searching for a way to replace the emptiness in his chest, by filling the pit in his Anubian stomach. Bitter and angry with the Masons about his current state, he feeds his vindictive appetite on unsuspecting humans as he struggles reluctantly to dismiss his past. While the Masons expand the depths of their immortal ranks and continue to defend threats against their secret society, Warren accidentally happens upon another immortal race . . . The Amons. Being one of the last remaining ancient tribes that holds the power to assist him they are not pleased that he has found them. In a furious pursuit to urge the Amons to help, Warren finds himself forced to choose preserving his own life, or a tempting alternative that will lead to a horrific addiction. When his hunt for the Amons eventually collides with a past that has been desperately trying to catch him, the events of their meeting result in a catastrophic reunion that threatens the lives of everyone involved. Ute Perkins: I grew up in a small southern Nevada town on the outskirts of Las Vegas. Just after graduation from high school I served in the U.S. Army for 5 years during which I participated in Operation Desert Storm. Upon completion of my military obligation, I earned my bachelors degree from Austin Peay State University in Clarksville, Tn. Later, after a move to south central Pennsylvania, I completed my MBA from Eastern University in Harrisburg, Pa. I have traveled a great deal for my job and enjoy traveling and spending time with my wife and family.

To enter to win one of these books, simply leave a “thoughtful” comment on any post on this site. 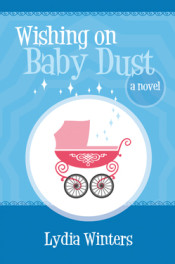