Matthew Alexander has infiltrated the enemy with one goal: learn of Confederate movement and report it to President Lincoln.

While his brother in-law, Rand, fights at the battlefront, Matthew is thrilled at the opportunity to strike at the enemy in their own territory. However, despite being a Union spy, Matthew finds it impossible to remain indifferent toward Millie Atwater, a beautiful young plantation owner who dreams of freeing her slaves. Together, the two brave the threat of discovery as they work toward their shared dream of freedom for all.

The Battle of Bull Run proved a devastating loss for the Union. For Major Rand Hudson, the forced retreat inspires him to redouble his efforts: with heightened intensity, he is determined to prepare his men for their next encounter with the Confederates.

Meanwhile, Rand’s sister, Lizzy, has focused her work on the Underground Railroad. Her status as a major player in the war effort intensifies when she is recruited to work as a spy behind enemy lines. Confident in her ability to help the cause, she eagerly accepts.

But as North and South collide, victory will not prove so simple, for behind the front lines on both sides are individuals who are fighting for their beliefs, their homes…their very lives.

Title: For Love of Country (A Nation Divided #2) 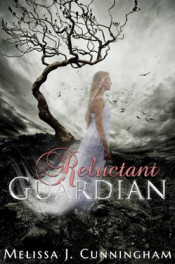 One response to “For Love of Country by Robert Marcum”