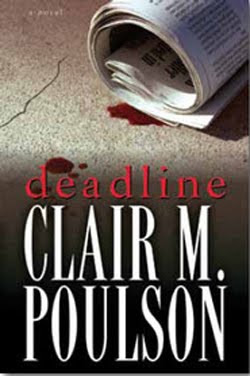 Life is quickly turning from bad to worse for newspaper reporter Dallas Dixon. It all begins when Dallas’s job at the El Paso Chronicle is inexplicably terminated by his formerly admiring boss, Andy Norton. However, a bad day turns into a nightmare when, while heading to San Antonio to make a fresh start, Dallas is shocked by the news of Norton’s murder—and even more shocked to hear himself named as a suspect. When an attempt to assist at a highway accident scene lands him in the middle of a drug scandal, he realizes he has powerful enemies determined to see him imprisoned—or dead.

On the run, Dallas must call on the skills he gained from his time in the military to save innocent lives, including his own. With unexpected help from his long-estranged father, and additional assistance from a rugged private investigator and a brilliant, beautiful Chronicle ally, Dallas races to untangle the murder mystery, but can he find justice before his own deadline?

« Leaning Into the Curves by Nancy Anderson and Carroll H. Morris
The Bishop’s Bride: The Honeymoon’s Over by Elizabeth W. Watkins »

One response to “Deadline by Clair M. Poulson”