Thirty-year-old lawyer Amanda Taylor moves to a small town after winning a sensational criminal case that got national attention. She’s tired of criminal law and just wants to settle into private practice in a place that will allow her to recoup her energies and her belief in human beings. However, although she loves her new home, after she meets her handsome neighbor, Kevin Blakely, she realizes that something isn’t right in the town.

Kevin has been brought in from another state to be the new county school district supervisor. He thinks it’s so he can bring the school district into the technological age, but he becomes suspicious when the district budget doesn’t add up and certain members of the school board, who had welcomed him with open arms, begin to distance themselves from him. When he realizes he has been set up to be the scapegoat in a case of fraud and embezzlement, he goes to the only lawyer who isn’t part of the good old boy network in town—Amanda.

As the case becomes more complicated, so do Amanda’s and Kevin’s feelings for each other. 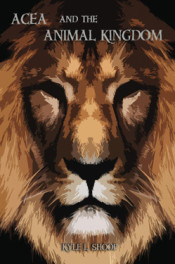