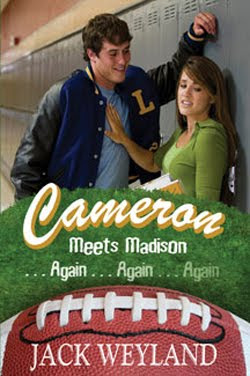 Have you ever had a day that was so good you wished it would, never end? Well, that is how Cameron felt, until that day. The day that would not end. The anything-but-humble Cameron, star quarterback of the Lincoln High School football team has a chance to live and relive his good day over and over again.

Cameron has every reason to look forward to the Monday victory rally after making the winning touchdown on Friday night in the game for the state championship. After the rally though, when he tries to exit the school, a mysterious force pushes him back inside, and he finds himself, once again, starting the same Monday all over again. With each new Monday, Madison, the only LDS student in school, is waiting at his locker to interview him for the school paper. As much as he wants to, he can’t seem to escape her influence for good. But will that be enough to help him see that his arrogance has blinded him to the worth of those around him?

Cameron is one of the funnest and most thought provoking plots best-selling author, Jack Weyland has ever written. If you liked the movie Groundhog Day, you will love Cameron.