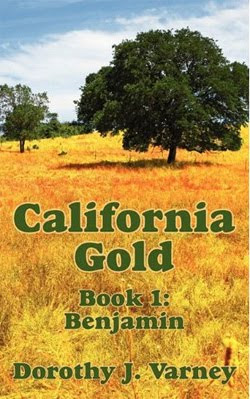 Excited by the fast-moving pace of the California Gold Rush, Benjamin forsakes his New England roots for a role in the future of the new state. He is motivated by three driving forces: his love for Clarinda, a married woman; his intolerance of racial injustice; and his service in the state’s legislature. His friendships with both an Indian and an Indian hunter cause a feud that threatens his political career. “California Gold” refers to the state during an extraordinary time in its history as well as to a painting of the golden hills of California. This painting plays an intriguing part in linking the three generations of Benjamin Franklin Varneys in Books II and III. The story is loosely based on an actual family in California history.