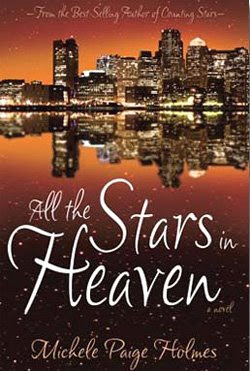 Title: All the Stars in Heaven

Ever since the woman he once adored told Jay Kendrich he was a chivalrous hero, he has tried to live up to the praise. But when things don’t work out with Jane, moving on and dating other girls proves to be a chore. That is until he meets fellow Harvard student Sarah Morgan. Although Sarah is a freshman studying music and Jay is in his third year of law school, he discovers they have much in common. He has also discovered that getting to know the shy pianist is painful. The last thing Jay expected from his friendly advances was to be assaulted by a brawny stranger. It is abundantly clear that someone wants him to stay away from Sarah. If only he could.

As long as she can remember, Sarah has lived under a watchful eye. While her father insists it’s for her own protection, Sarah feels imprisoned. As she begins to believe that those she has trusted most don’t have her best interest at heart, she is driven further from her respected father and closer to Jay. But their love will come at a high price as the pair edges closer toward a truth that is darker than either of them could have imagined.

*This is the official release date, but it was on the shelves Seagull Tuesday, 6/9.

« Green Dragon Codex by R.D. Henham (aka Clint Johnson)
A Circle of Souls by Preetham Grandhi »