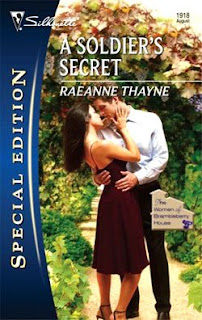 To find out who was claiming ownership of the only place he’d ever called home, Harry Maxwell knew he’d have to practice a little deception. So the wounded lieutenant changed his name a little. Altered a few facts. All for a good cause—get in, get the truth, get out.

Until he met the Brambleberry House heir presumptive. Anna Galvez was captivating in ways he hadn’t even known existed. Still, after spending time with her, he wanted the house more than ever.

Anna Galvez’s life is tangled enough. She doesn’t need any more complications. One of her two giftshops is faltering, she’s embroiled in an ugly legal battle with a man she trusted and thought she might have been coming to care for, she has debts up to her ears from his treachery, and the Victorian mansion she inherited from a dear friend needs far more work than she can ever afford.

But when she rents the attic apartment of Brambleberry House to a wounded helicopter pilot looking for a quiet place to recover, she finds herself instantly attracted to him. Army Chief Warrant Officer Harry Maxwell seems dangerous, mysterious and edgy, all the things Anna is not.

But Anna has no idea just how mysterious the helicopter pilot is — or how dangerous he might prove to her heart!