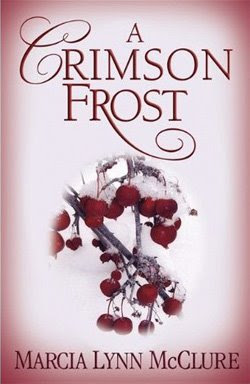 Beloved of her father, King Dacian, and adored by her people, the Scarlet Princess Monet endeavored to serve her kingdom well—for the people of the Kingdom of Karvana were good, and worthy of service. Long Monet had known that even her marriage would serve her people. Her husband would be chosen for her—for this was the way of royal existence.

Still, as any woman does—peasant or princess—Monet dreamt of owning true love—of owning choice in love. Thus, each time the raven-haired, sapphire-eyed, Crimson Knight of Karvana rode near—Monet knew regret—for in secret, she loved him—and she could not choose him.

As an arrogant king from another kingdom began to wage war against Karvana, Karvana’s king, knights and soldiers answered the challenge. The Princess Monet would also know battle. As the Crimson Knight battled with armor and blade—so the Scarlet Princess would battle in sacrifice and with secrets held. Thus, when the charge was given to preserve the Heart of Karvana—Monet endeavored to serve her kingdom and forget her secret love. Yet, love is not so easily forgotten…