The Book of Betrayal by Melissa McShane Helena Davies knows all about keeping secrets. Now her secrets will come to light.

Helena’s encounter with a terrible creature whose kind are bent on destroying the world revealed a terrible truth: a cabal of rogue humans works with those monsters, intent on gaining power. Charged to remain silent while her superiors prepare to attack the traitors, Helena fears trusting her friends, her colleagues, even her secret lover Malcolm Campbell. Any of them might betray her.

When an unexpected attack by the hidden enemy devastates magi around the world, it draws Helena deeper into the web of conspiracy. With Malcolm suffering his own loss, and friends betraying friends, Helena confronts the reality that no secret can last forever. Book One: Athena Gray is strange. Dead butterflies flutter to life with just a wish, and she saved her dying grandfather by willing him to live. The only person who doesn’t think she’s weird is Dan, the most popular boy on Omega High School’s baseball team. But who can have friends—or more—when a dark spirit shows up and stalks your every move? Dan can’t understand the reason Athena acts haunted, until the paranormal visitor turns to blackmail, forcing her to come clean about her gift. Manipulated into using her power for terrible things, Athena must stand up to the darkest force she’s ever encountered, before the people she cares about most get hurt.

Book Two: Athena Gray not only sees spirits, she can cheat death and save lives. Only her best friend, Dan, knows her secret, and he’s not telling. She hopes her senior year of high school will be a breeze, but a dark force comes to town determined to ruin everything. Anxious to protect her family and Dan from paranormal danger, Athena ignores strange events at school until they follow her home. It isn’t until the mysterious new arrival causes a near-fatal accident, that Athena realizes she must contend with an angry and jealous ghost who wants her dead. Too late, she learns that somewhere between this life and another, her adversary thinks she cheated—and that it’s time for revenge. Gorgeous and the Geek by Rachel John Faking a relationship with a costar for ratings is ridiculous, and Willa won’t do it unless she gets to pick the guy. There’s only one man she trusts in Hollywood: Doug Keller, a little on the geeky side and totally reliable. It’s just a few months, and if the show takes off, she’ll be one step closer to the independence she’s always craved.

Doug knows he’s in trouble. Willa Stanton is everything he’s ever wanted, and way too much for him to handle. Their on-camera chemistry is making it hard for him to keep his true feelings under wraps. And off-camera is even worse: she’s making friends with his cat, kicking his butt in Gin Rummy, and making him wish he could be that soft place for her to land.

The closer they get, the harder it is to stick with the plan. She’s afraid of love. He’s afraid of getting played. What happens when the beauty falls for the geek? Marry Me at Dawn by Lucinda Whitney When Mr. Mercer sends out a call for single women to travel to Seattle for teaching positions and the potential of forming marriages, 45 answer his call, becoming Mercer’s Belles.

The following collection is based on based on true events during the 1860s:

ONE DANCE by Heather B. Moore:
When Harriet Silverman arrives in Seattle for a fresh start and a new teaching position, the last person she expects is to meet is a fisherman who seems to be every place she turns. As she gets to know Caleb Munns, Harriet discovers they are a perfect match–for friendship. They both have solid reasons for not pursuing marriage. But as their paths continue to cross, Harriet begins to see a completely different future than she imagined.

A JOURNEY TO LOVE by Teri Harman:
Cora, a nurse and surgeon’s assistant who learned her skills during the war, joins Mercer’s expedition in hopes of finding a job in the West. She’s a widow and does not want to marry again. When she meets Albert, a surgeon who is traveling on board the Continental, she finds herself intrigued. Yet, Albert’s determined to open his own practice in Seattle, make it a success, and has no plans to look for a wife. But the more time Cora and Albert spend together on the voyage, the more they are drawn to each other.

A FARAWAY LIFE by Linda Carroll-Bradd:
Teacher Sorcha Geraghty yearns for a fresh start after the death of her beau and a factory accident maimed her hand. Asa Mercer’s call for teachers for Washington Territory provides a new opportunity, and she joins his ocean-going expedition. Upon arrival, she learns of the expectation for the women to become wives to the many bachelors. Sorcha needs a new plan and fast. Logging manager Lang Ingemar wants a teacher to provide basic English instruction to his Swedish-speaking crew and keep them out of trouble when they go to Seattle. When he convinces Miss Geraghty to relocate to the logging camp, he has no idea the ways his life will be changed.

Heather B. Moore is a USA Today bestselling author of more than a dozen historical novels and thrillers, written under pen name H.B. Moore. She writes women’s fiction, romance and inspirational non-fiction under Heather B. Moore. Visit Author at hbmoore.com.

Teri Harman writes fantasy, magical realism, and historical romance. Her fiction won first place in the “Romance Through the Ages Contest” in 2016 and Kirkus Reviews called her work “unusual and absorbing.” She has taught classes and workshops for writers all over Utah. Visit Teri at www.teriharman.com.

Linda Carroll-Bradd spent lots of her free time lying on her bed reading about fascinating characters having exciting adventures in places far away and in other time periods. She now writes heartwarming contemporary and historical stories with a touch of humor and a bit of sass. Visit Linda at her Amazon Author page.

Only a Moment by Laura D. Bastian Danielle McIntyre is thrilled to spend a week in Twickenham England at a full immersion historical retreat. When she and a friend are pulled back in time by the Fae magic, she just knows it’s a mistake. Though Aunt Nellie, the guardian of the magic, encourages her to have an open mind, Danielle is adamant that she’ll return to her own time and not fall in love with someone like her friend did.

Colin Eldridge has too much to worry about as the new heir to a struggling Eldridge Hall. He endures the balls and festivities at Twickenham Manor in order to glean advice from the wealthy landowners in the area. Danielle is completely wrong in every way and Colin vows to keep his distance from her but finds himself in her company way too often.

Neither of them expects to find something in common, but they can’t deny the growing respect and fondness between them. But how can they ever hope to have a future together when they’re from different centuries? 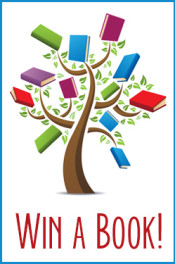