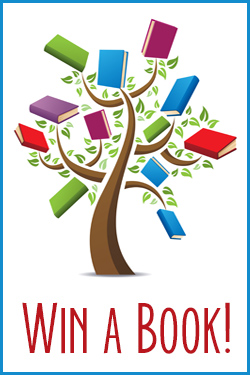 Enter to win one of these awesome books!

The Accidental Apprentice by Anika Arrington Brilliant and ambitious, Rezdin the Wizard has one goal: impress the king, but he answers to Baron von Dappenshien who refuses him access to Court.

Before Rezdin can maneuver himself into the limelight, the king charges von Dappenshien for treason, and Rezdin goes to ground. The wizard finds himself dependent upon the wits and good will of a starving street urchin. But what can he offer little Tommy in return?

When old dangers and new alliances rear their menacing heads, Rezdin must decide where his true loyalties lie, and what to do with his new-found entourage of one. Anika Arrington is a devoted wife, mother of six, a Scorpio, and an unabashed pluviophile. Unfortunately, she lives in the deserts of Arizona, so she passes the time with her kids baking (she is especially good at homemade macaroni and cheese, cheesecake, and pumpkin anything), reading, watching for clouds, and of course, writing.

Arrington studied communications for three years at NAU aspiring to be a speech writer before trading it all in for domestic bliss. She has studied physics at Stanford and history at Yale (free online classes count right?). And although she has been writing and occasionally illustrating her own stories since the age of 4,The Accidental Apprentice is Anika’s first novel. Learn more about Anika at anikasantics.com.

Beyond Orion by Laura D. Bastian Laura Bastien grew up in a small town in central Utah and now lives in another small town in northern Utah. She always loved stargazing and imagining life out-side her own little world. Though they grew up only thirty miles apart, she didn’t meet her husband until they went to college. A graduate of Utah State University with a degree in Elementary and Special Education, Laura has been using that training as she raises her children and writes make believe worlds. You can usually find her on her laptop either typing away, or on social media interacting with friends. Visit Laura at www.laurabastian.com.

The Lady and the Minstrel by Joyce DiPastena A forbidden love and a past they can’t leave behind . . .

In 13th century England, Robert Marcel chafes against the law that holds him bound as a villein on his lord’s manor. He tries to make a daring escape and is nearly caught by his cruel master, but a young girl helps him slip away.

Years pass and Robert takes up trade as a minstrel. Invited to play at a banquet for the notorious Earl of Saxton, he is stunned to come face to face with the girl he’s never forgotten—now Lady Marguerite of Winbourne, betrothed to the earl. Her status as a noblewoman puts her completely out of Robert’s reach, but he knows they are meant to be together. He vows to make her his wife no matter what the cost.

Lady Marguerite has often thought of the young man she helped escape. Her tender feelings for him quickly turn into much more when they are brought back into each other’s lives. She longs to be free to marry Robert, the man she loves, but that will require her to sacrifice all she holds dear.

They are tested at every turn by those bent on driving them apart and destroying what they have found together. Can their love truly conquer all? Joyce DiPastena dreamed of green medieval forests while growing up in the dusty copper mining town of Kearny, Arizona. She filled her medieval hunger by reading the books of Thomas B. Costain (where she fell in love with King Henry II of England), and later by attending the University of Arizona where she graduated with a degree in history, specializing in the Middle Ages. The university was also where she completed her first full-length novel…set, of course, in medieval England. Later, her fascination with Henry II led her to expand her research horizons to the far reaches of his “Angevin Empire” in France, which became the setting of her first published novel, Loyalty’s Web (a 2007 Whitney Award Finalist). Joyce is a multi-published, multi-award winning author who specializes in sweet medieval romances heavily spiced with mystery and adventure. She lives with her two cats, Clio and Glinka Rimsky-Korsokov, in Mesa, Arizona. Learn more about Joyce’s other books at www.joyce-dipastena.com. Victorine Lieske self-published her first book, Not What She Seems, in April 2010. In March 2011, the novel hit the New York Times Best Seller’s List, where it remained for six weeks. To date, she has sold nearly 150,000 copies, most in eBook form. Victorine is represented by literary agent Jason Ashlock of Movable Type Literary Group. Her newest book, Reluctantly Married, has already sold over a thousand copies. See what’s coming next at www.victorinelieske.com. Three magical romances in one collection.

Pete & Tink: Pete Pancerella loves two things in life—video games and Spongy Cremes. He’s happy, content, and he’s also a geek. All that is about to change when his mother wishes upon a star and Tink answers the call. But will it take more than a five-and-a-half inch faery to whip this manga-loving goofball into shape?

Loving Marigold: Marigold Yarrow is in love with Jack Mahoney, but in the middle of her ninth grade year, Jack’s family moves to Port Fare, New York, leaving Sugar Maple Ridge—and Marigold—far behind. Nine years later Jack and Marigold meet again, joining forces against the shady Abbott boys who are illegally selling moonshine in Sugar Maple Ridge. The Abbotts will do anything to get Marigold to leave the ridge. Anything. But this time it could be magic that tears Jack and Marigold apart.

Angel in a Black Fedora: Ciel Björk died a tragic death…but she got over it. Now she works as an undercover angel, answering people’s prayers. Chloe is obsessed with achieving perfection to please her unpleaseable father. Chloe’s BFF Austin Powers will do anything to support her in achieving her goal, including helping her win the heart of Bridger Reed. Ciel’s job is turn Chloe’s dreams into reality, but she soon learns things are not as simple as they seem. Sherry Gammon and her wonderfully supportive husband, currently call Upstate New York home, which is also the setting for her novels. It is where they are raising their family. Sherry has a degree in Legal Assisting, and served as a medical technician in the Air Force. She and her husband worked in foster care for a number of years, from which they adopted their youngest son. She has worked in the education system for a number of years, and is currently lucky enough to be teaching teenage girls, ages 12-18. She has lived in Michigan, California, Utah, Texas, Pennsylvania, and the beautiful, but over-taxed state of New York where she has spent the last eleven years, and now considers home. It is where she spends her nights writing instead of sleeping :}
Find out more about Sherry and her other books at www.wordpaintingsunlimited.com.

Years & an Ocean by Jo Noelle

Going to a séance was supposed to be a harmless diversion in Victorian England, but for Delia Spencer, it was life altering. Since that day, she has been plagued by fainting spells, while her consciousness visits Elle Thomas more than a century in the future.

In modern-day New York, Elle has kept secret the dream-like memories of Delia’s life. As the visits have become more frequent, Elle is confused about what is her life and what is not.

Back in England, Delia’s father is determined to marry her off to any marginally suitable man before her illness becomes known to society. But will Delia consent, now that she’s had a taste of Elle’s independence? Jo Noelle grew up in Colorado and Utah but also spent time in Idaho and California. She has two adult children and three small kids.

She teaches teachers and students about reading and writing, grows freakishly large tomatoes, enjoys cooking especially for desserts, builds furniture, sews beautiful dresses, and likes to go hiking in the nearby mountains.