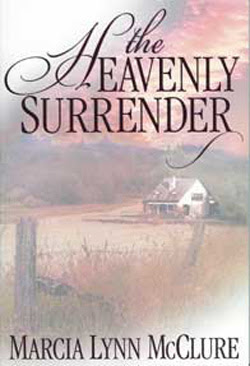 “Dear Mr. McLean, I feel, as you do, that this arrangement will be beneficial and satisfactory for both of us. I agree that we, having committed to follow through with the previously corresponded terms, will legally marry upon my arrival next week. I expect nothing from you, save a place of residence, the required necessities of living, hard work to keep my mind and physical being occupied, and respect. I in turn will assist you in whatever is required to sustain and maintain your land and crops, while providing meals, doing mending, and fulfilling other non-intimate duties commonly performed by a man’s legal wife. I will arrive in Blue Springs on the 10:00 a.m. train, April 3rd…”

Genieva Bankmans had willfully agreed to the arrangement. She had given her word and she would not dishonor it. Yet when she saw, for the first time, the man whose advertisement she’d answered, she was desperately intimidated.

The handsome and powerful Brevan McLean was not what she’d expected. He was not the sort of man she’d reconciled herself to marrying. This man—the stranger whose name Genieve now bore—was strong-willed, quick-tempered and expectant of much from his new wife.

Brevan McLean did not deny that he had married her for practical reasons only. He merely wanted any woman whose hard work would provide him assistance with the brutal demands of farm life. Still, Genieva would learn there were far darker things, grave secrets held unspoken by Brevan McLean concerning his family and his land. Genieva Bankmans McLean would find herself in the midst of treachery, violence and villainy—her estranged husband deeply entangled in it.

« The Soul Alliance: The Thorn of Gooze by Charles Streams
Counting the Cost by Liz Adair »