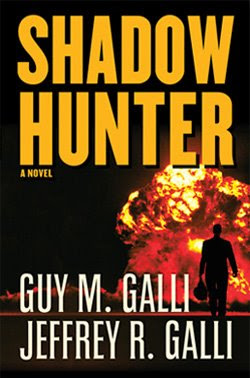 Stationed in Cairo, CIA agent Sam Ryker has one thing on his mind: capturing the Chameleon, an elusive terrorist whom he believes is responsible for numerous terrorist attacks across the region. But when his wife and twin daughters are killed during their vacation in Israel, Ryker takes early retirement and sinks into despondency.

With his family gone and his faith in peril, he’s at his darkest hour when a summons comes from James Cannon, president of the Church and former ambassador to the Middle East: four LDS medical missionaries have been kidnapped in Egypt, and Ryker is the man to bring them home. Back in action, Ryker teams up with Mossad intelligence agent and long-time friend Manni Lubin and the Egyptian national police chief for the rescue effort, but the stakes are higher than they thought. Can Ryker stop the kidnappers before their next evil strike? And can he do so without succumbing to evil himself?