What if you made a New Year’s resolution, then were forced to keep it?

Professor Sam Pierson should be more careful about what he wishes for. He’s already as unhappy as he is obnoxious. What he doesn’t realize is that his life is about to reach a new low. His boss is ready to fire him and his wife to leave him. When a disturbing stranger asks for his New Year’s resolutions at a party, Sam throws everyone into hysterical laughter when he blurts out, “I want the body of an athlete and I want everyone to respect me.” At midnight the stranger slaps him on the back, Sam has a sharp pain in his chest, and for the entire year, he cannot do anything that violates his New Year’s resolutions.

Hilarity follows as family, friends, enemies and co-workers try and figure out what the world happened to Sam. And while Sam eventually figures out what his problem is, it takes him a while longer to realize exactly what he needs to do about it. 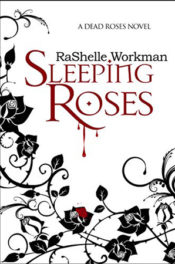