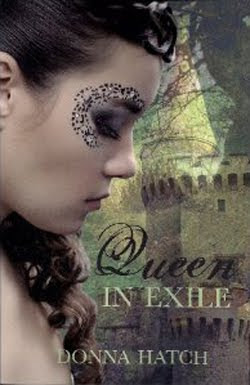 Rumors of war hang over Princess Jeniah’s peaceful country of Arden, a land that shuns both magic and warfare. Following a lifelong dream, Jeniah forms a telpathic bond with a revered creature called a chayim, who is prophesied to save her kingdom. But when a Darborian knight comes upon Jeniah with her chayim, he sees only a vicious monster about to devour a maiden, and he slays the beast.

Devastated by the loss of her chayim, and fearing that her own magic is evil, Jeniah doubts her destiny. When an enemy invades Arden City, they slaughter the people, storm the castle, and execute the entire royal family except the princess. Rescued by the knight who slew her chayim, Jeniah is now heir to the throne of Arden and the only hope for freeing her people from tyranny.

On the run and hunted by enemy soldiers, Jeniah must place her life and the fate of her kingdom in the hands of this trained killer. Torn between embracing her destiny as queen of Arden, and her love for a mere knight, she must ultimately rely on her magic to save herself and her people from death and tyranny.

« Turning Hearts by Deanne Blackhurst
Heroes of the Fallen by David J. West »

2 responses to “Queen in Exile by Donna Hatch”